Our vision is to focus on a curriculum that balances academics, co-curricular activities, and personality development with a view to enable each child to become a global citizen. We strive to inculcate and nurture leadership qualities along with self-discipline, ethical principles, respect. and concern for others. 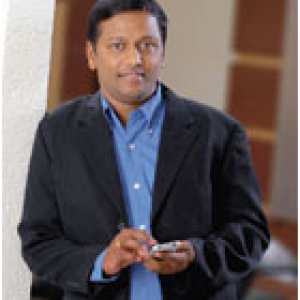 Mr. Subash Boda (Chairman & Managing Director) has expertise based on several years of valuable management experience in the fields of Education and IT sectors globally. As a co-founder of Pinnacle Software Solutions, he was the Chief Architect for setting up operations and processes for recruiting, training, orienting, and successful placements of many software professionals. 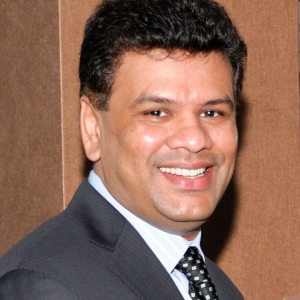 Mr. Mahesh is a high caliber achievement driven business leader associated at Board levels with several educational ventures and IT companies in the USA, Australia and India. He has significant expertise in designing and implementing strategies, plans, processes and systems to establish businesses and assure sustainable growth delivering objectives, vision, mission and values.

He has comprehensive understanding of educational scenarios & stakeholder aspirations at all levels from K12 to secondary and tertiary education.

A Senior Entrepreneurial Executive in the area of   International Education and Management.  He has over 25 years of experience in the areas of teaching, academic administration, training and development, and general management and administration.  He is a  High performing Senior Executive with a proven track record of successfully  establishing    and  managing  of teaching sites in Sydney and Adelaide  from inception till date under the  educational partnership arrangements with Federation University Australia  and he has the ability to develop strategic long term partnerships and communicate effectively with all levels of decision makers.

He   currently   holds the position of Director Operations with InfoTech Professionals Pty Ltd. This company under the trading name of   International Institute of Business and Information Technology (IIBIT) is engaged in providing educational services in English Language, Vocational Education and Training and through an educational partnership with Federation University, Australia   is engaged in providing Tertiary Education at its teaching sites in Adelaide and Sydney. In his current capacity of Director Operations he provides Leadership and Strategic direction for the smooth functioning of the Organisation. 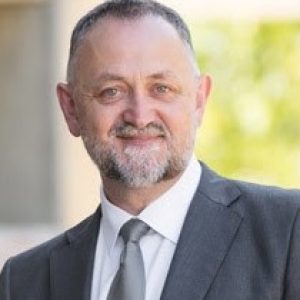 Professor Todd Walker is the Provost and Deputy Vice-Chancellor at the University of New England.

It is a position that provides advice to the Vice-Chancellor on strategy and planning matters and is the senior executive leading Faculties and Schools, TEQSA, TAFE relationships and the Oorala Aboriginal Centre at the University.

For more than two decades, Professor Walker has worked in regional multi-campus Australian universities including Charles Sturt University, University of Ballarat, and Federation University Australia, and has held the positions of Deputy Vice-Chancellor (Engagement), Deputy Vice Chancellor (Learning and Quality), Pro Vice-Chancellor (Learning and Quality), Chair, Academic Board and Secretary to University Council. He holds a First Class Honours degree in Medical Biotechnology, a PhD in Molecular Oncology and a Graduate Certificate in University Leadership and Management, all from Charles Sturt University. His academic discipline is biomedical science in which he is an accomplished clinical cytologist with strong research, teaching and consultancy credentials.

Professor Walker is a Graduate Member of the Australian Institute of Company Directors (GAICD), an experienced board director, and a National White Ribbon Ambassador. 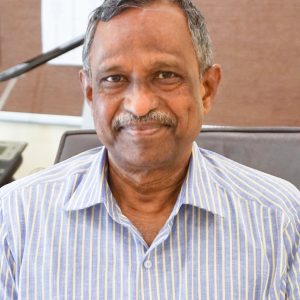 While studying at Regional College of Education, Mysore, he developed interest in holistic learning and developed a personality that personifies all-round development. He also had very illustrious teachers like Ms Ahalya Chari, Dr. U R Ananthamurthy, Dr Rajeev Taranath, Dr Dandapani and many such stalwarts in Education. He was Captain of the college cricket team, represented college in Volleyball, Hockey and Football.

He started his teaching career in Demonstration Multipurpose School which is run by the Regional College in recognition of his outstanding all round performance. He was then grabbed by the prestigious Rishi Valley School, in Chittoor District of AP.

It is at Rishi Valley he came in contact with J Krishnamurthy and the education imparted there is what he swears by. The best part of his life spanning twenty five years he spent there. He had the opportunity of teaching in London (albeit short span) and subsequently he went to Sharjah in the position of Principal.

After returning to India he had a short stint in Chennai before moving over to Hyderabad. While in Hyderabad, he came in contact with Mr Ramalinga Raju of the erstwhile Satyam Computers Ltd and is also influenced by his business acumen. When Satyam Public School was closed down he was employed by Centre for British Teachers (CfBT) where he headed the International Schools Division. He helped establish schools and one such was Rockwell International School. While Rockwell was happening he was invited to Jalgaon, Maharashtra to guide Anubhuti School which is the dream school of Padma Shri Bhavarlal Jain, Chairman of Jain Irrigation Systems Ltd. He is greatly influenced by Shri Bhavarlal’s philosophy which incorporates Gandhian principles.

He went back to Hyderabad for three years and spent two years of those as Senior Principal, Rockwell International School. At the moment he is back with Anubhuti International Residential School, Jalgaon on a very special mission. 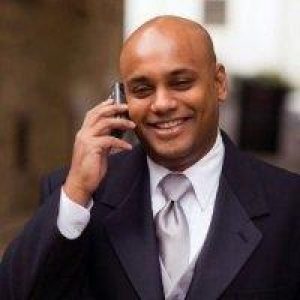 His dream is to turn Hyderabad into one of the leading startup cities in the world, and that vision led to the creation of the T-Hub Foundation in partnership with the
Government of Telangana and 3 of India’s premier academic institutes (IIIT-H, ISB & NALSAR) and key private sector leaders. It is designed to support technology-related start-ups, and its mission is to accelerate the growth of Hyderabad into one of the tightest and most vibrant entrepreneur communities in the world in order to encourage and fuel more start-up success stories in India.

He has a strong knowledge of and connection to the startup landscape in India, including incubators, accelerators, seed funds, angel networks, VCs, and other startup ecosystem players.

He is also an angel investor and Hyderabad Director for the Founder Institute, the world#39;s largest entrepreneur training & startup launch program. He is on the Executive Council of the IIIT-H Foundation, the Industry Advisory Board for the Centre for Management Studies, NALSAR University of Law, and serve as Mentor and Advisor to many other organizations and startups.

He loves getting to know what makes people tick & encourage everyone

Our mission is to develop a curriculum that focuses on self learning and practical approach to learn concepts.

Rockwell International School is perched in a serene location, in the outskirts of the city. The vast expanse makes it a beautiful place for children to learn, play, interact with nature, and grow
© 8views 2016